Durant: Nobody hoping Irving will come to save us after Nets lose amid pro-Kyrie protests

Kevin Durant said nobody is hoping Kyrie Irving will return to "save us" after the Brooklyn Nets were beaten by the Charlotte Hornets amid protests in support of the absent NBA All-Star.

Irving is yet to play this season due to his refusal to be vaccinated against coronavirus, which is preventing him from practicing or playing with the Nets – New York has a mandate in place that states players must have had a COVID-19 jab.

Demonstrators gathered outside Barclays Center prior to Sunday's 111-95 defeat at home to the Hornets, showing their support of Irving.

After the Nets dropped to 1-2 for the season, Durant was asked about team-mate Irving and him being away from the championship-chasing franchise.

"It's three games in. Of course, we've got enough," Durant told reporters post-game after posting 38 points.

"We definitely want Kyrie Irving out here on the floor and he's a huge part of what we do, but it's not happening right now. So we've got to figure it out.

"But nobody's going to lose confidence while we're playing and hope Kyrie comes and saves us during the game. No, you've got to play."

James Harden was far from his best against the Hornets, going just six-of-16 shooting from the field for 15 points in 33 minutes, while he also tallied eight turnovers. 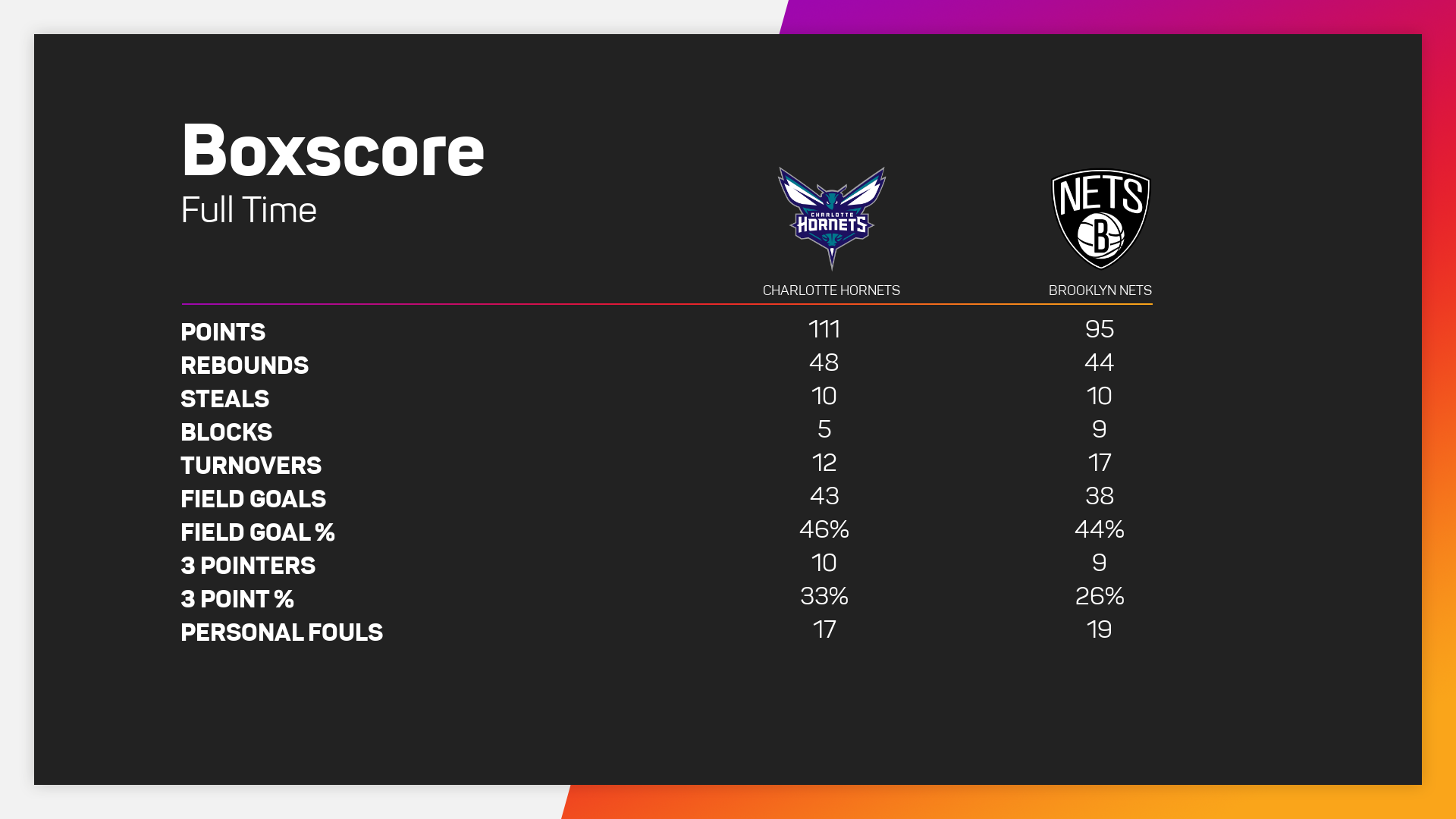 The former MVP endured an injury-hit first season with the Nets following his blockbuster trade from the Houston Rockets.

"I'm just getting my confidence back," Harden said. "I'm a little hesitant. You guys can see it. Just making sure my confidence continues to build, and that's all that matters.

"We're at game three and hopefully my confidence -- not hopefully -- but my confidence will rise and will continue to get better as games go on, and I feel more confident and get that burst of speed like I'm normally used to. No worries at all."

Harden has also found himself drawing fewer fouls this season after the NBA introduced a rule change, aimed specifically at players who make "abnormal movements" to get to the free-throw line.

He only went to the line once against the Hornets, having averaged 4.0 attempts heading into the contest – his lowest average since the 2010-11 season (4.2).

"I feel like he's unfairly become the poster boy of not calling these fouls," Nets head coach Steve Nash said. "Some of them are definitely fouls still."

Nash added: "I think he’s got to stick with it. But they're just so alert and aware, and he's the poster child of these new decisions.  I get it, there's a line, but some of them are still fouls.

"So, he's just got to stick with it, he’s got to keep going to the basket, and he's got to do what he does because a large portion of them are still fouls, and if he doesn't get fouls, he can still make plays.

"He can still finish them, and pass and do all the things that he does. So he's just got to continue as he finds his rhythm again after very little basketball for half a year. Keep attacking, keep attacking, and they're gonna respect his skill level and his ability to get guys on his shoulder and get to the basket."

Juventus are the subject of an investigation from police in Turin.

Inter on a mission, not in transition - Inzaghi hails high-flying defending champions

Simone Inzaghi arrived from Lazio with the understanding he would inherit a much-changed Inter, and everything seems to be going to plan.

Barcelona were not at their best against Villarreal but still ran out 3-1 winners, much to the delight of head coach Xavi.

Stats Perform looks at the Opta data from the Premier League, as Liverpool thump Southampton and Arsenal beat bottom side Newcastle United.

Belenenses SAD could only field nine players, two of whom were goalkeepers, for Saturday's match with Benfica.

Nagelsmann relishing Dortmund clash as Bayern warm up for Klassiker

Bayern Munich earned a narrow win over Arminia Bielefeld in the Bundesliga thanks to Leroy Sane's strike, and next is a clash with Dortmund.

Deyverson came on to score in extra time as Palmeiras became the first team in 20 years to win back-to-back Copa Libertadores titles.

Memphis Depay and Philippe Coutinho scored late on as Barcelona earned a 3-1 win at Villarreal on Saturday.

Hakan Calhanoglu and Lautaro Martinez got Inter's goals as the Serie A champions beat promoted Venezia in Venice on Saturday.

'Juventus must be realistic' – Allegri rules out Scudetto challenge

Juventus suffered a fifth league defeat of the season on Saturday, and Massimiliano Allegri believes a title challenge is impossible.