Nagelsmann relishing Dortmund clash as Bayern warm up for Klassiker

Bayern Munich earned a narrow win over Arminia Bielefeld in the Bundesliga thanks to Leroy Sane's strike, and next is a clash with Dortmund.

Julian Nagelsmann believes Bayern Munich are ready for Der Klassiker after digging deep for a 1-0 home win over Arminia Bielefeld.

Bayern's clash with Bundesliga title rivals Borussia Dortmund is coming up next Saturday, with the great rivals sitting first and second in the German top flight.

Dortmund briefly occupied top spot on Saturday after a 3-1 win over Wolfsburg, in which Erling Haaland returned from injury with a goal.

But they were nudged off the summit later in the day when Leroy Sane's 71st-minute strike earned a depleted Bayern three valuable points. Eight days previously, Bayern were beaten by Augsburg, so a league win of any sort this time was to be welcomed.

Nagelsmann's squad has been hit hard by COVID-19 cases, but the head coach saw enough from the team he fielded against Arminia to be optimistic about the tussle with Dortmund.

The Bayern boss said: "I am very satisfied. It was a step forward after the Augsburg game.

"We had enough chances to win the game. We gave away a few chances in the second half. Dortmund won, so we were under a bit of pressure. It's a deserved victory. We don't always have to score three, four or five goals. One is enough.

"Overall, we defended well. Such games are important. If you lose those games, then it's not enough to just win games like next week.

"We are now heading to Dortmund as championship leaders and full of anticipation." 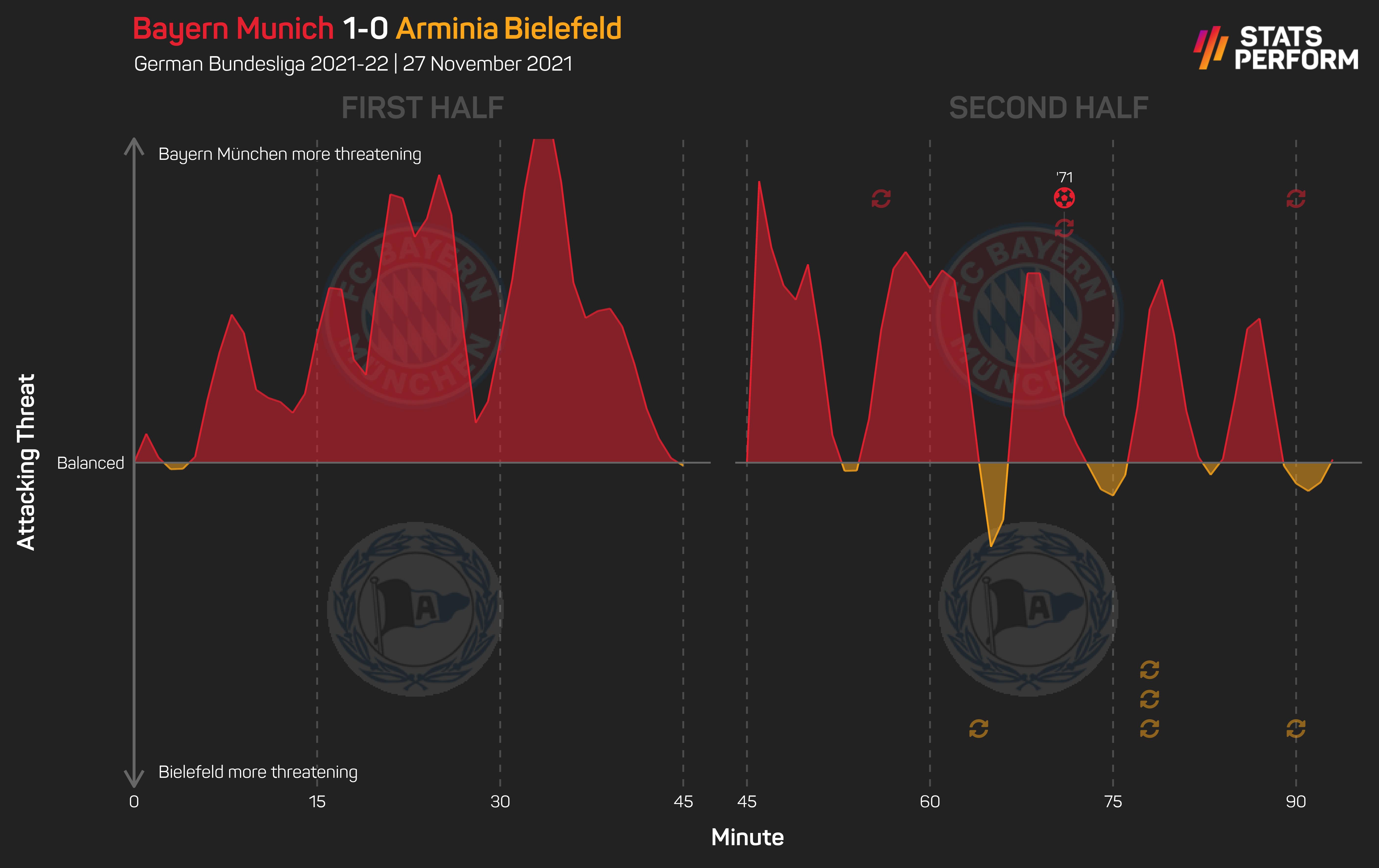 Sane's goal was Bayern's 102nd in the league this calendar year – a Bundesliga record, beating Cologne's mark from 1977.

Asked how many more games he could play, midfielder Muller told Sky Deutschland: "We'll see. If I stay fresh and fit, and well enough, then something is still possible. That is just a nice statistic, it simply shows the path I have already taken.

"But I am looking forward more to the road still ahead of me, which is certainly a bit shorter in comparison."

Defender Sead Kolasinac has become Marseille's second signing of the transfer window after his Arsenal contract was terminated.

Nick Kyrgios described Novak Djokovic as "a tool" last year, but their once frosty relationship has been replaced by unexpected warmth.

Malawi could not cause an upset in their final group game, meaning Senegal go through to the knockouts as Group B winners.

Underdogs Zimbabwe stunned Guinea to leave Kaba Diawara's men uncertain if they will play in the round of 16.

Antonio Conte thinks the north London derby should have been played, but Brendan Rodgers has sympathy for Arsenal.

Kagiso Rabada has been rested for South Africa's ODI series against India after playing a big part in the Test series triumph.

Bayern Munich's Robert Lewandowski gave PSG star Lionel Messi a vote for the FIFA Best Player award, but it was not reciprocated.

Eriksen links have Brentford boss Frank pinching himself: 'I'd take Mbappe as well!'

Christian Eriksen has been linked with Brentford and Thomas Frank appeared to confirm their interest, even if his expectations are low.

Ronaldo 'cannot do things on his own', says Rangnick

Manchester United boss Ralf Rangnick has no plans to build his team around Cristiano Ronaldo, despite the forward's impressive goals return.

Emma Raducanu beat Sloane Stephens on Tuesday in her first match in the main draw of the Australian Open.